Warning: count(): Parameter must be an array or an object that implements Countable in /home/customer/www/blog.heidimerrick.com/public_html/wp-content/plugins/csv-2-post/classes/class-csv2post.php on line 402
 CLEVER LA – Designer Heidi Merrick Might Just Be The Coolest Mom We Know | Heidi Merrick 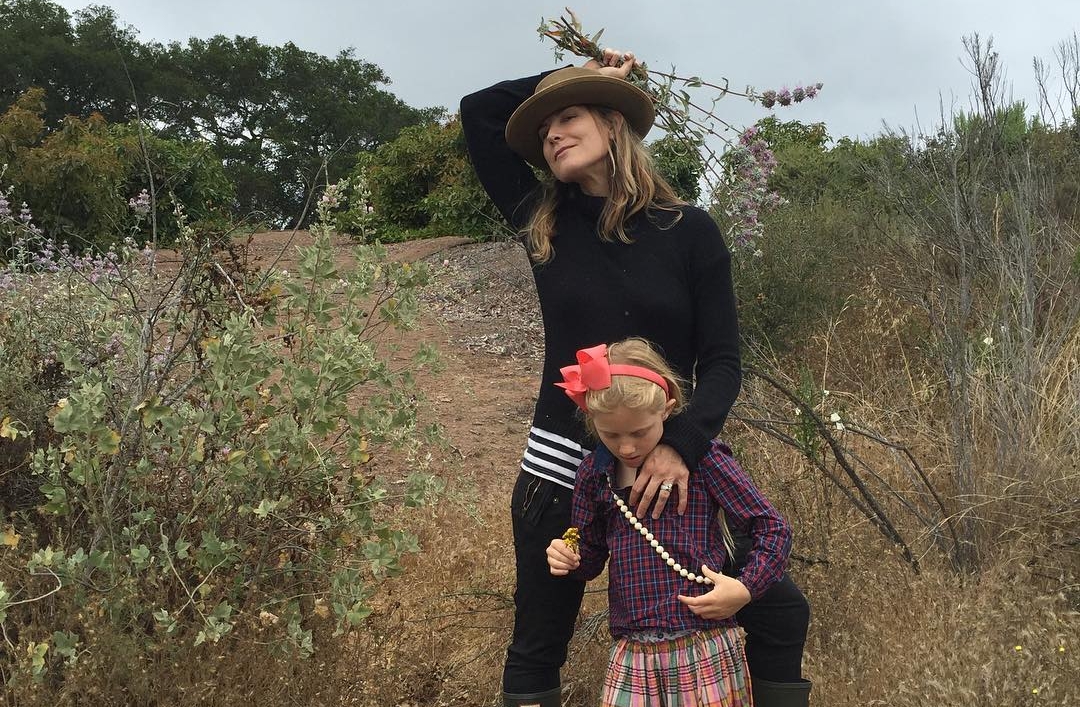 I met designer Heidi Merrick before I knew what she did for a living—though it came as no surprise. She and her husband and 1-year-old daughter were waiting with me in an airport terminal, all of them dressed in nautical stripes and perfectly worn denim (but not in an annoyingly matchy kind of way). Since that time Heidi has continued to gain notoriety as a woman who makes clothes other women dream of wearing—particularly if that dream also includes some fresh waves, barefoot picnics in floaty dresses, and other activities that embody the California fantasy. That’s who Merrick always has been, and it’s completely reflected in her feminine but impossibly chic collection.

Also since our meeting, Heidi has added to the family—both with the birth of her son, Alfie, and the addition of her first brick-and-mortar store in Los Angeles. As a result her life is more full than ever before, which makes her all the more admirable. That said, Heidi is refreshingly transparent (one of the best things about her), so she’s the perfect person to share advice on how she balances it all, what parenthood has taught her, and how she keeps home a sacred sanctuary. 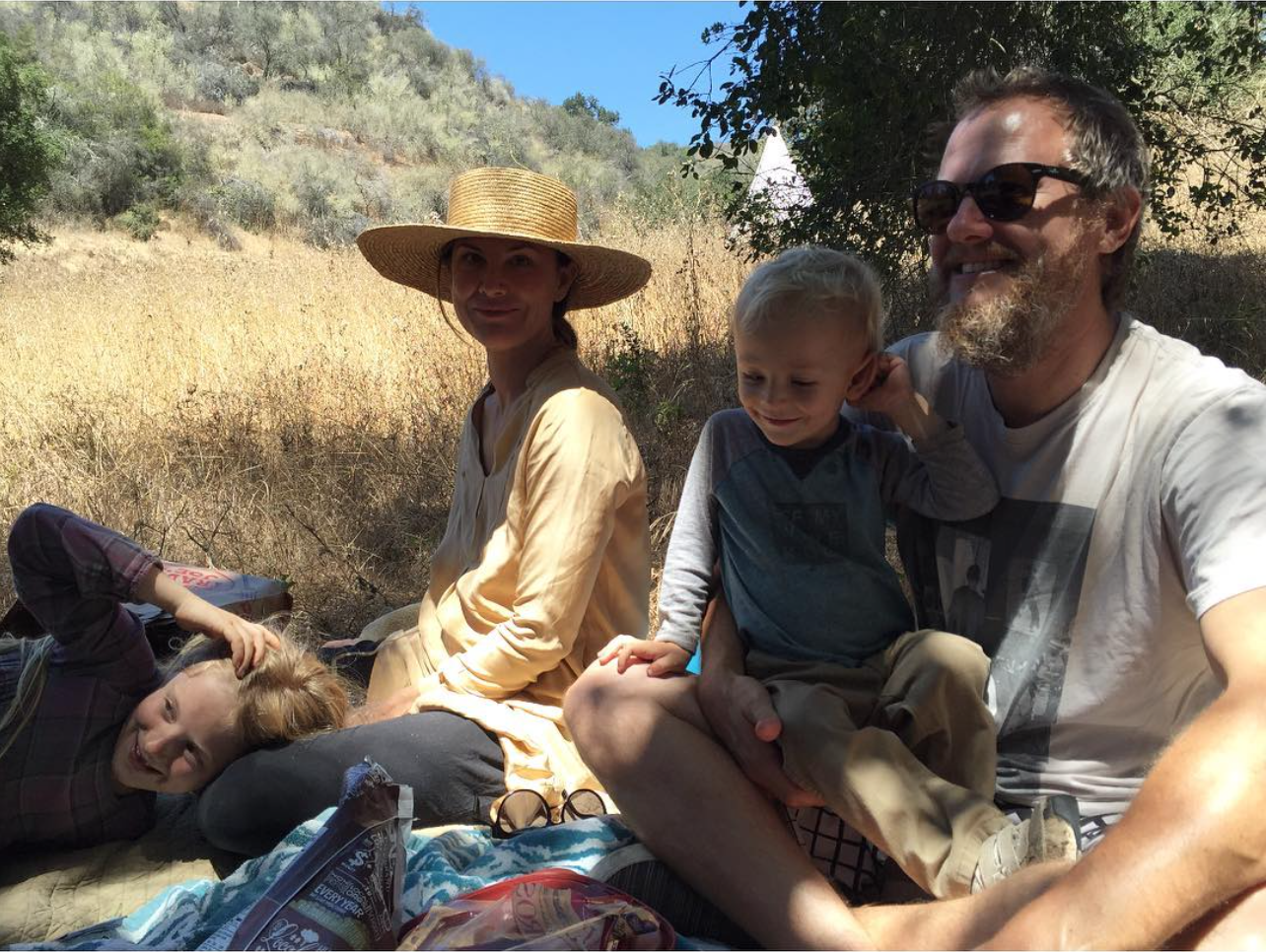 When I first met you it was as a mama—before I knew you as a designer. How has motherhood changed for you since then?

When you met me I was a new mom flying with a rambunctious toddler who kept wanting to crawl on the lap of the pretty girl next to me. Really it’s every mom’s nightmare!  Well, you being that pretty girl was a good and healthy start to having kids; it helped me realize that a large portion of the world is kind to children, understanding and helpful. Motherhood has changed me because now it’s who I am and I’m a mother first before anything else.

Now with two little ones, how do you balance work with home life?

There’s loads of life at home: life you’re invested in and life that is moving beyond anything you’ve ever experienced. Work fades to the background a little bit now. I used to dream about patterns and dresses. I’d keep a pad by my bed and sketch in the morning—it was all very romantic. This time of life just isn’t like that. I have a much more efficient way of dealing with decisions and design and that serves me better. I don’t conscientiously balance it—I follow my heart and go where I’m needed most. 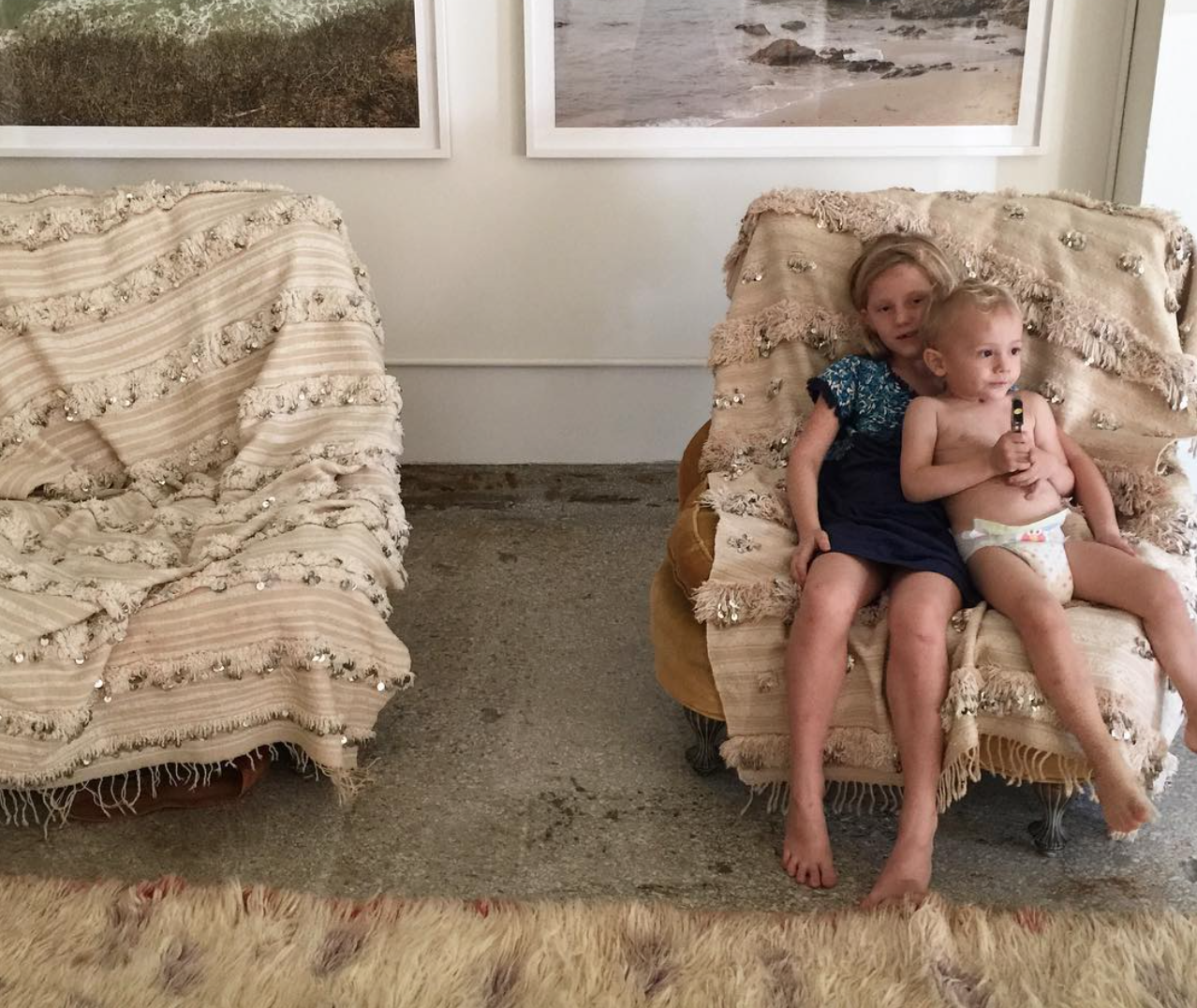 What do you wish someone would have told you about motherhood or what do you think isn’t shared enough about the experience?

There’s a weird thing that happens with motherhood, and with marriage too, this sudden realization of the permanence of the situation combined with an absolute lack of privacy. Something in you has to change or die. It’s truly a process. The same thing happens when you have kids.  You are never the same again, but you are changed for the better. 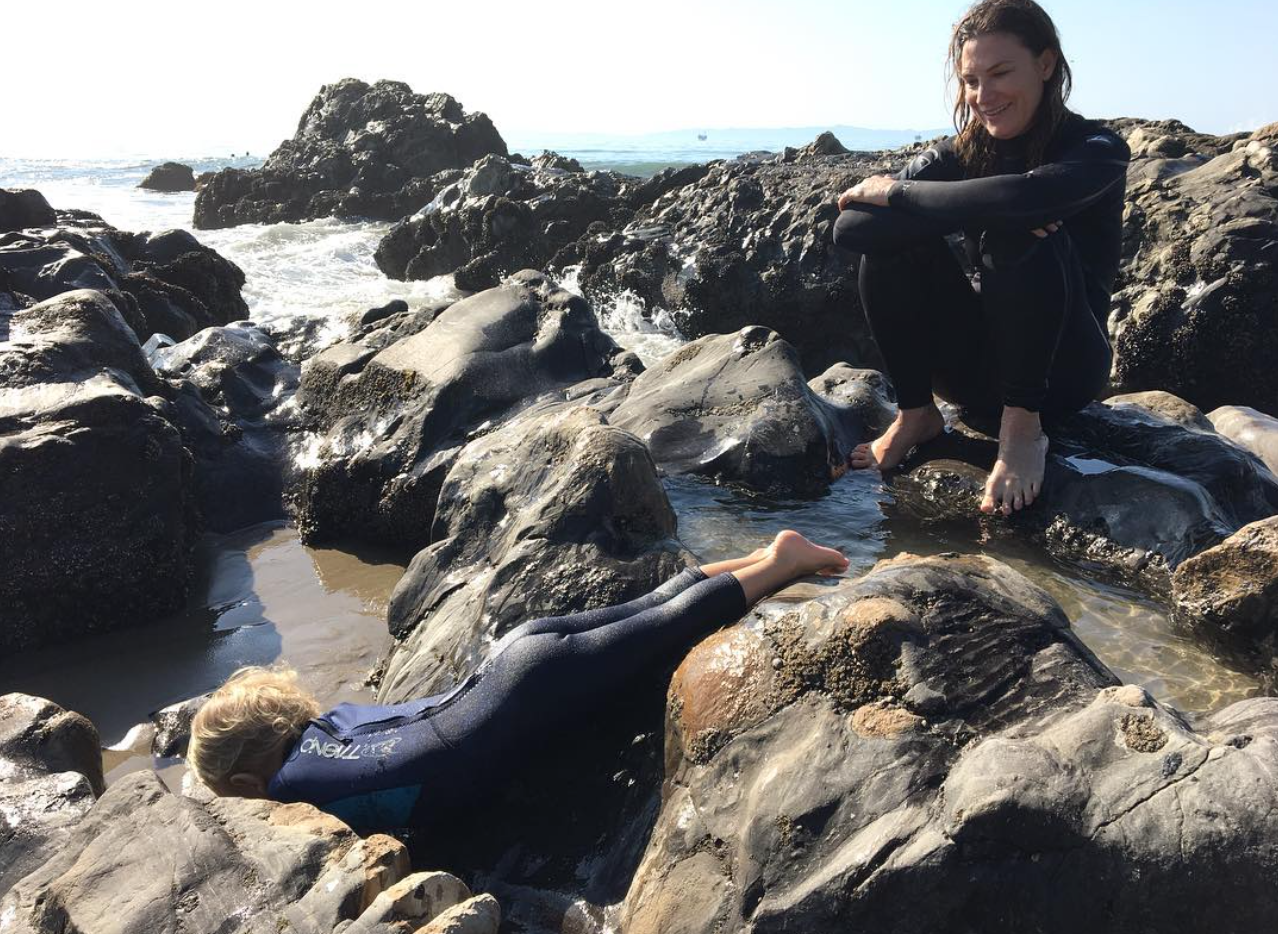 When we talked to Ariel Gordon about her ideal Mother’s Day gift, she mentioned time with her husband since he’s “the low many on the totem pole.” How do you make your time with your husband count?

Hm, I need to work on it. Our new thing is reading books we both like at the same time and discussing them together while we read. Ha! Sounds so lame expressing it, but other parents know that it’s pure luxury.

Your daughter Hiver is becoming a little fashionista herself! What’s it like to see her own personality and style evolve? And does she give you critiques and advice?

I think she thinks I’m chic. Just kidding. I do try to impress her though. She’s not sartorially focused, she likes people. She’s from heaven. I do let her wear what she wants out of her closet because I know that arguing with a child about their outfits is silly.  My trick is to throw it away in the middle of the night so they don’t know. 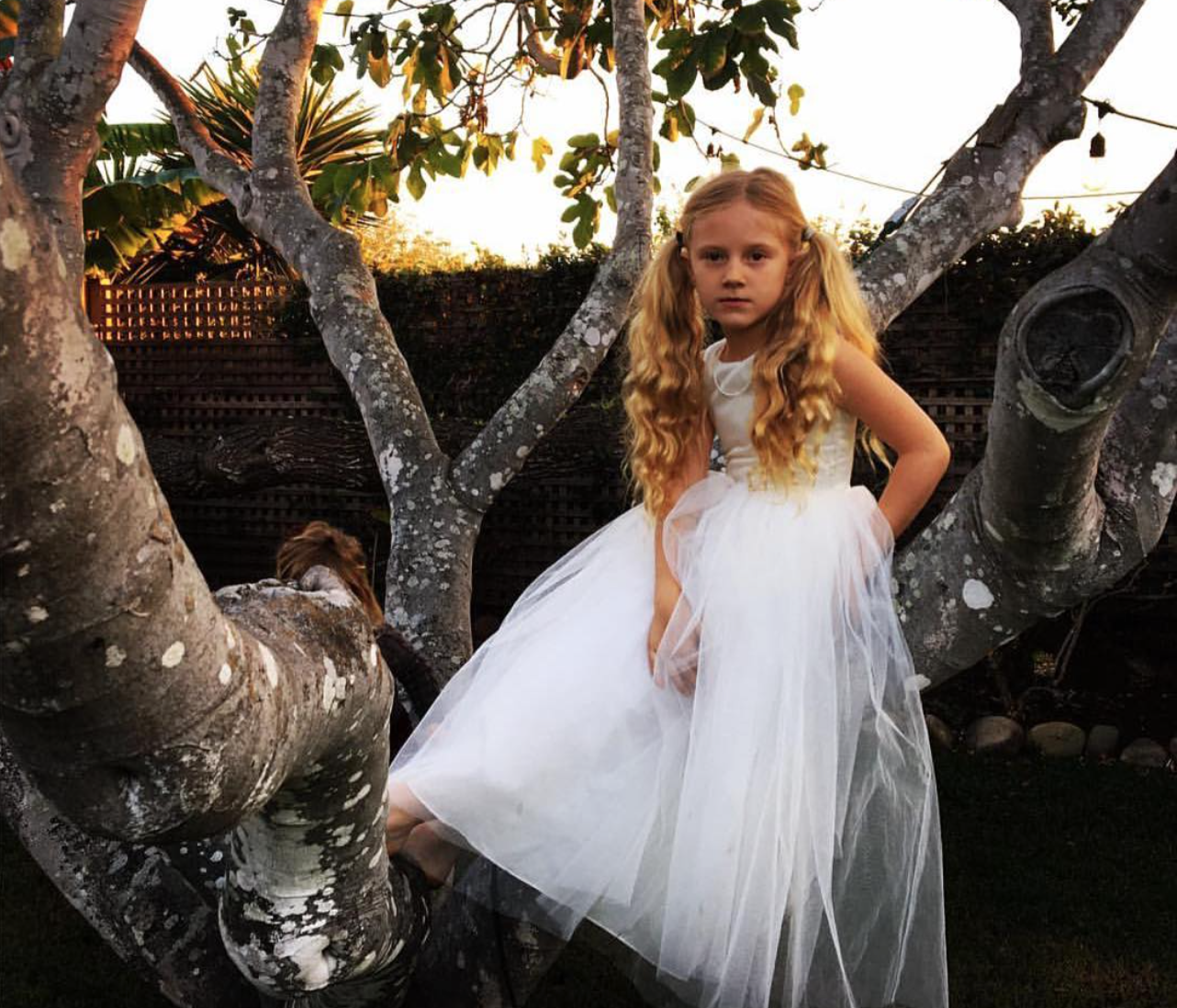 You’ve got a gorgeous home in Silver Lake. How do you actively make your house a sanctuary away from work?

The best thing to do in the world is putter around at home and make it pretty.  I plant things, have fires, make the family eat outside, and I let the kids hang all manner of things in the trees.

What advice would you give other new or expecting moms, who still want to keep their careers?

I’ve heard my own mom say to other mothers, “You can count on your kids growing up and leaving, and if you don’t work or maintain a life of your own, what will you do when your kids leave?” Personally, I feel that I really benefitted from watching my mom succeed. She was great at most things: running a business, cooking, entertaining, and she was incredibly supportive of my dad. All those things are engrained in me now. I think your hopes for your children are best given to them by being your fullest self. 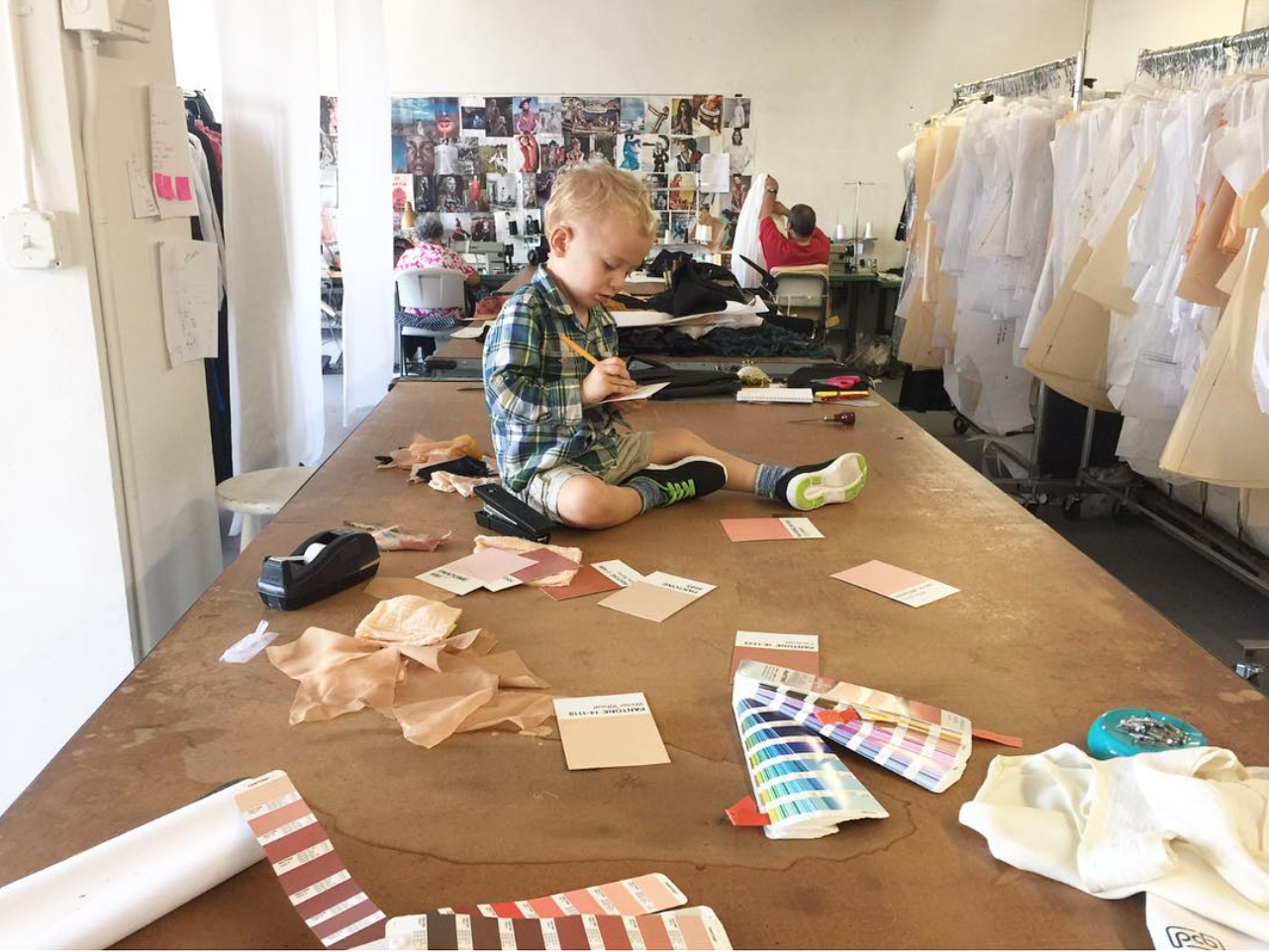 1,368 thoughts on “CLEVER LA – Designer Heidi Merrick Might Just Be The Coolest Mom We Know”